At 5:30 a.m., two Dunewood residents and avid fishermen, sixteen year old Allie Henner and her father Kevin Henner, woke up to begin a day of fishing for sharks. Allie who has been chasing sharks for the last three years began begging her father to let her come along on a shark fishing expedition since she was nine years old. Her brother, Jake Henner, four years older started at the age of thirteen. That was the rule set in place by their parents Jane and Kevin. As it turned out, Jake’s nautical interest has leaned towards sailing. Jake is currently a sailing instructor at the Dunewood Yacht Club (DYC). However, Allie’s seafaring interests were to go offshore and catch some sharks.

The Henner’s boat pulled out at 6:30 a.m. on that bright Saturday morning. The shark bait was ready with a combination of chum comprised of bunker fish and fish oil to spice-up their chum slick. This type of baiting is similar to leaving out a trail of breadcrumbs that lead up to the mackerel on the hook. When they were eight miles off shore they began shark fishing. The first two sharks they caught were both under six feet in length, which is below the legal limit and were released. After several hours, they hooked onto a 250 pound 8’9” Mako shark that was all muscle. It took about an hour and half, with Allie and Kevin splitting the work of reeling in the shark and steering their boat. Allie said: “the key thing is to be fast and calm” then added “it is important to move quickly while keeping focused, it’s easy to get a finger caught in a line causing an injury and even easier to lose the shark.”

After docking their boat in their slip at the Dunewood “L- Dock” six hours later, local residents arrived to get a look at the substantial catch. Kevin, after removing a hook from the shark’s mouth, noticed that it was not theirs, a sign that they were not the first to attempt bringing in this shark. Allie concluded, that by the look of that hook, which was not rusty, that “the shark was mostly likely hooked by another fisherman within the last week”.

As in the past, the Henner’s cleaned the shark and shared their catch feeding at least half of the community. 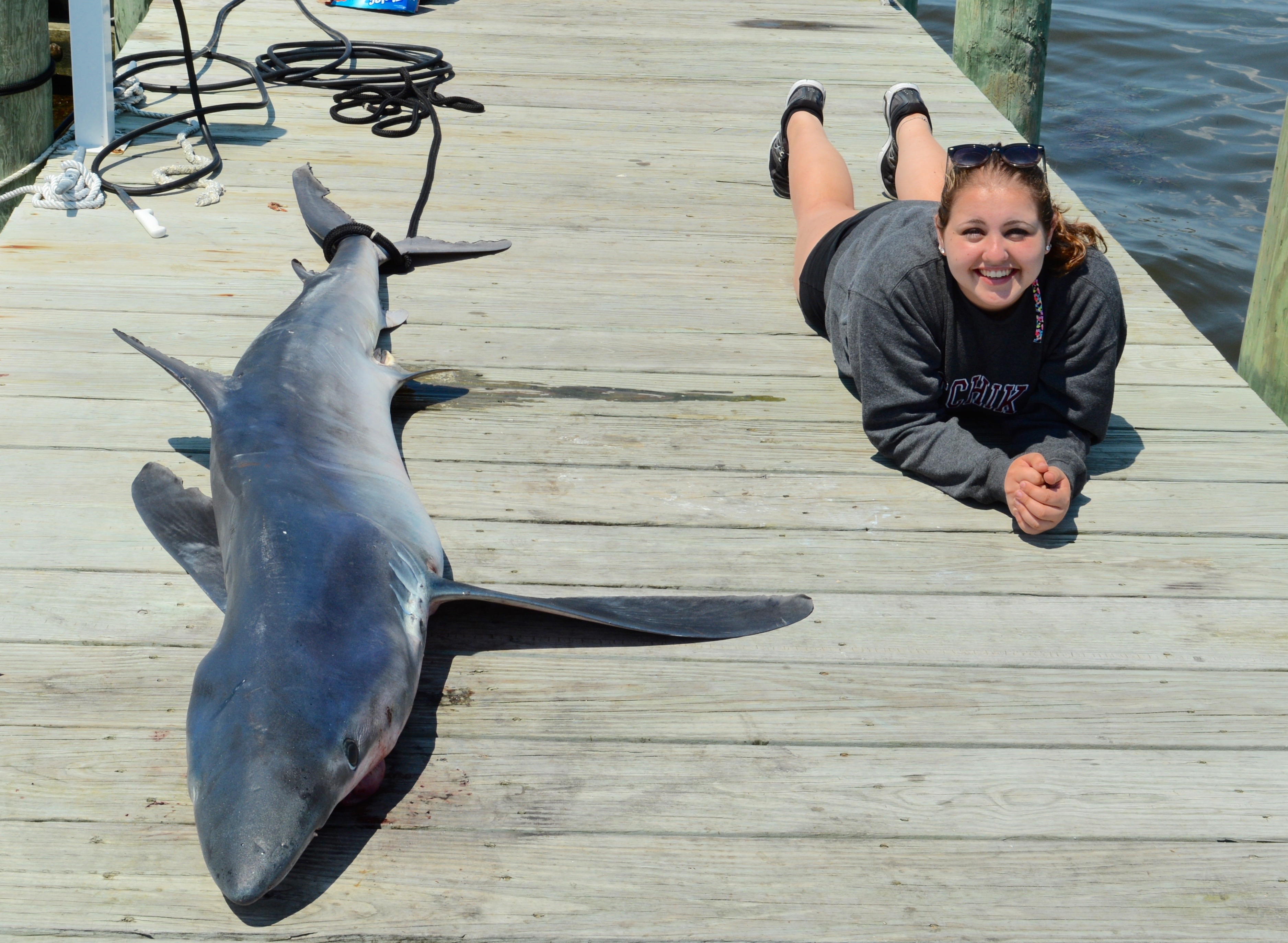 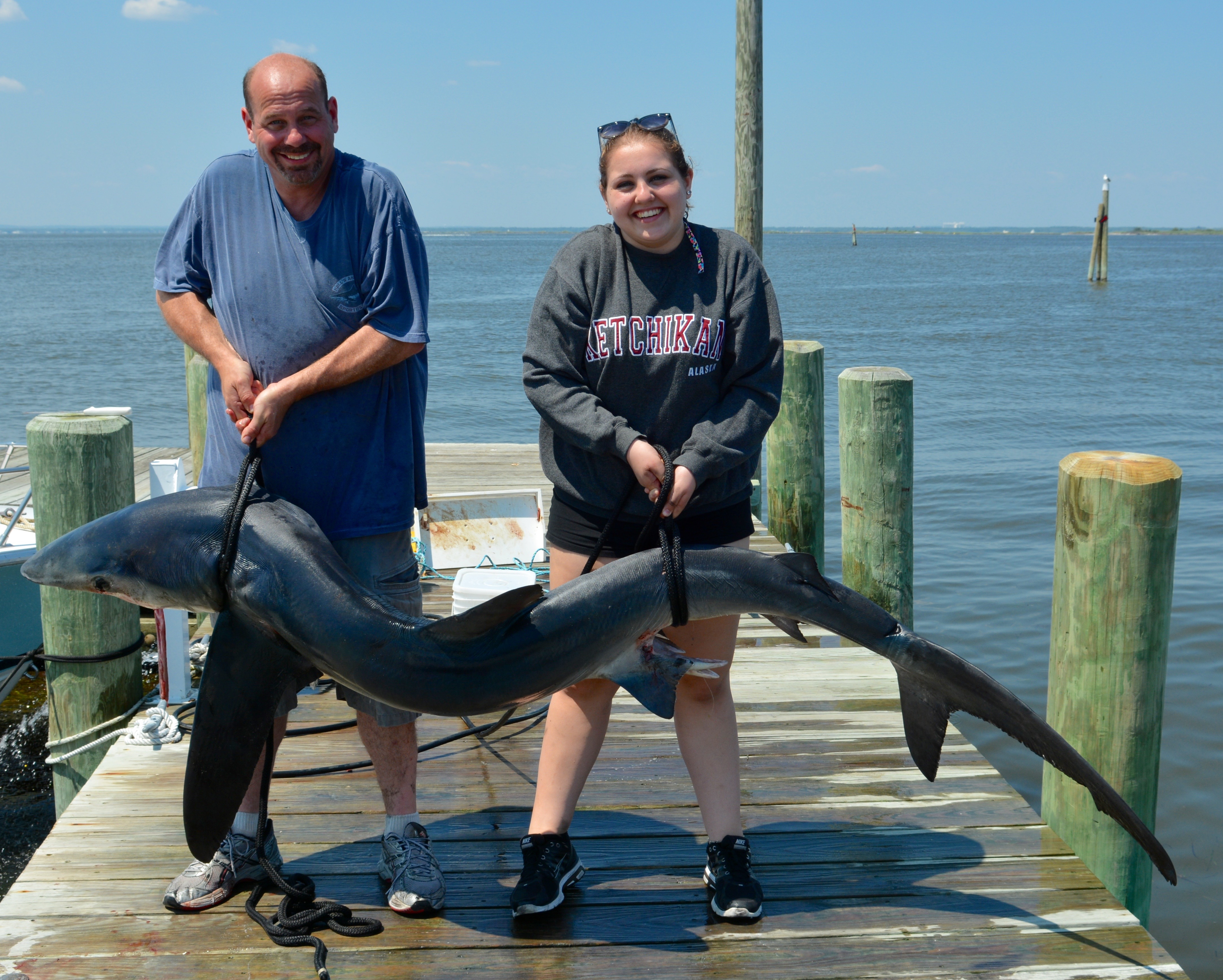