In 2007, the Dunewood Outsiders softball team was formed. In order for the “Outsiders” to become the eighth team to join the Saltaire Softball League (SSL), they were required to play against each team in the league once. It was no surprise that the Outsiders, with their talented roster, were easily granted entry into the league. Furthermore, the Outsiders are the only team within the leagues history that does not reside in Saltaire. Hence, their team name.

Saturday’s July 28th game: Outsiders vs. Excitables took place at 10:30 am at the new softball field in Saltaire. Friends, family and neighbors of both teams were cheering on their teams from the bleachers. Several of the Outsiders were off island and substitutes were chosen to fill their spots on the roster.

Even with the Outsiders Coach Eric Katz’s guidance from the sidelines who shared some of the teams strategies with their talented substitutes, it was clear that the Outsiders regular roster was light. Nothing could makeup for Katz’s spring training camp. The Excitables are a solid team that played a strong game. The final score: Excitables 8 – Outsiders 3

Please be sure to cheer-on the Outsiders at their next game vs. Bulkheads – Saturday, July 4rd at 1:00 PM -Saltaire Softball field.

The following is the 2015 Outsider Roster: 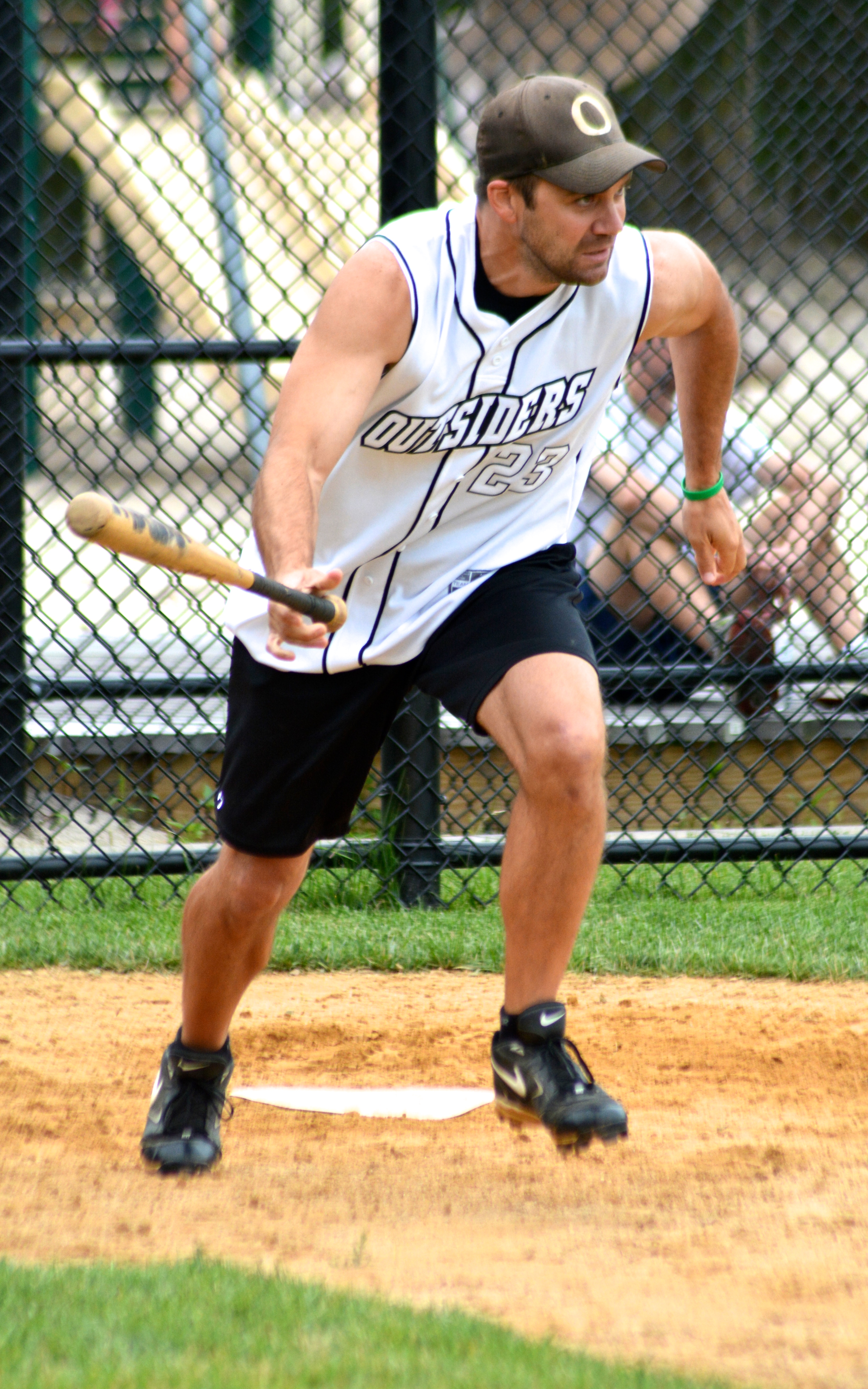 Sean Boyle running to first base. 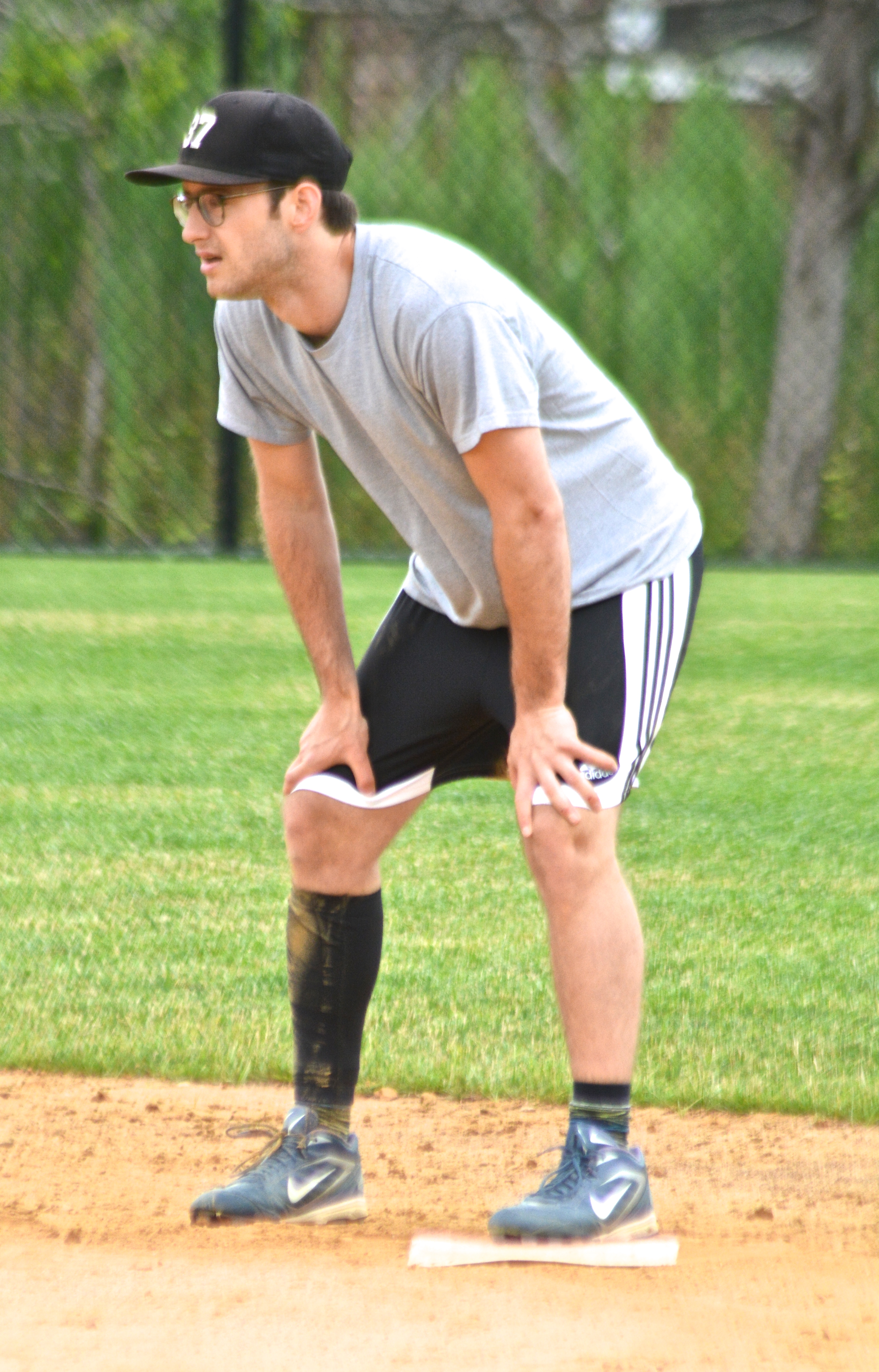 Jonah Katz on second base after hitting his double 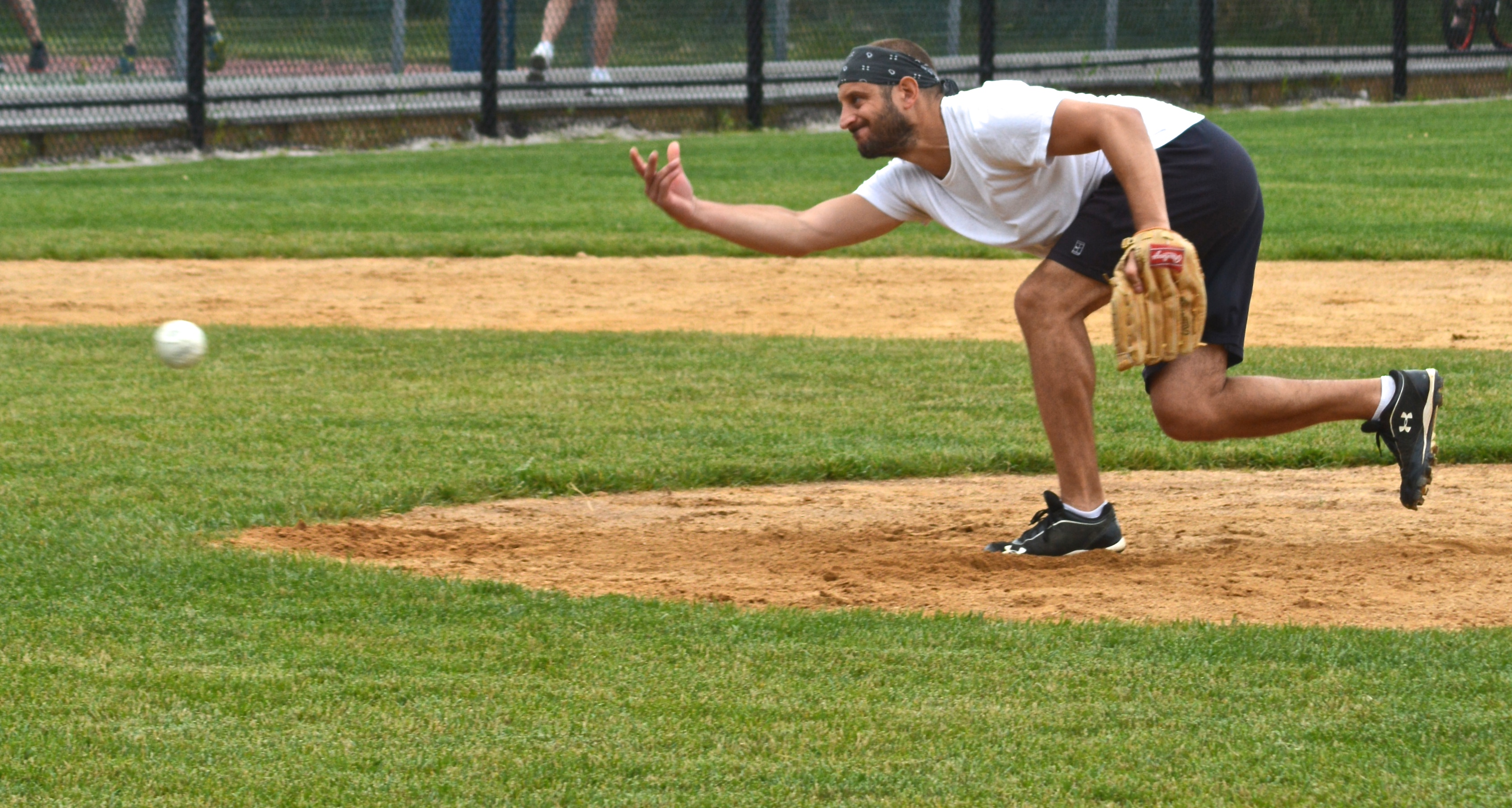 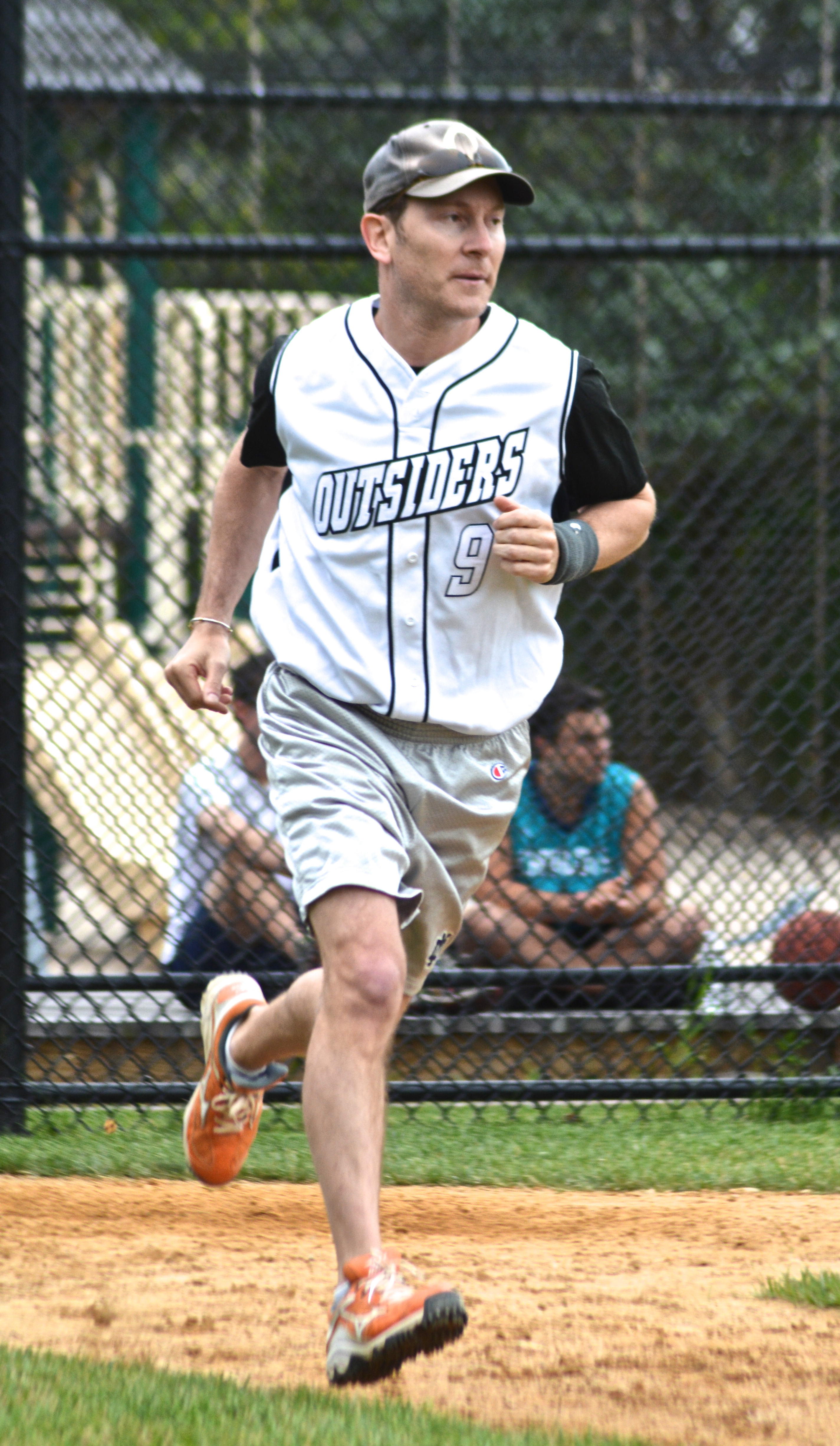 Peter Taub on his way to first base. 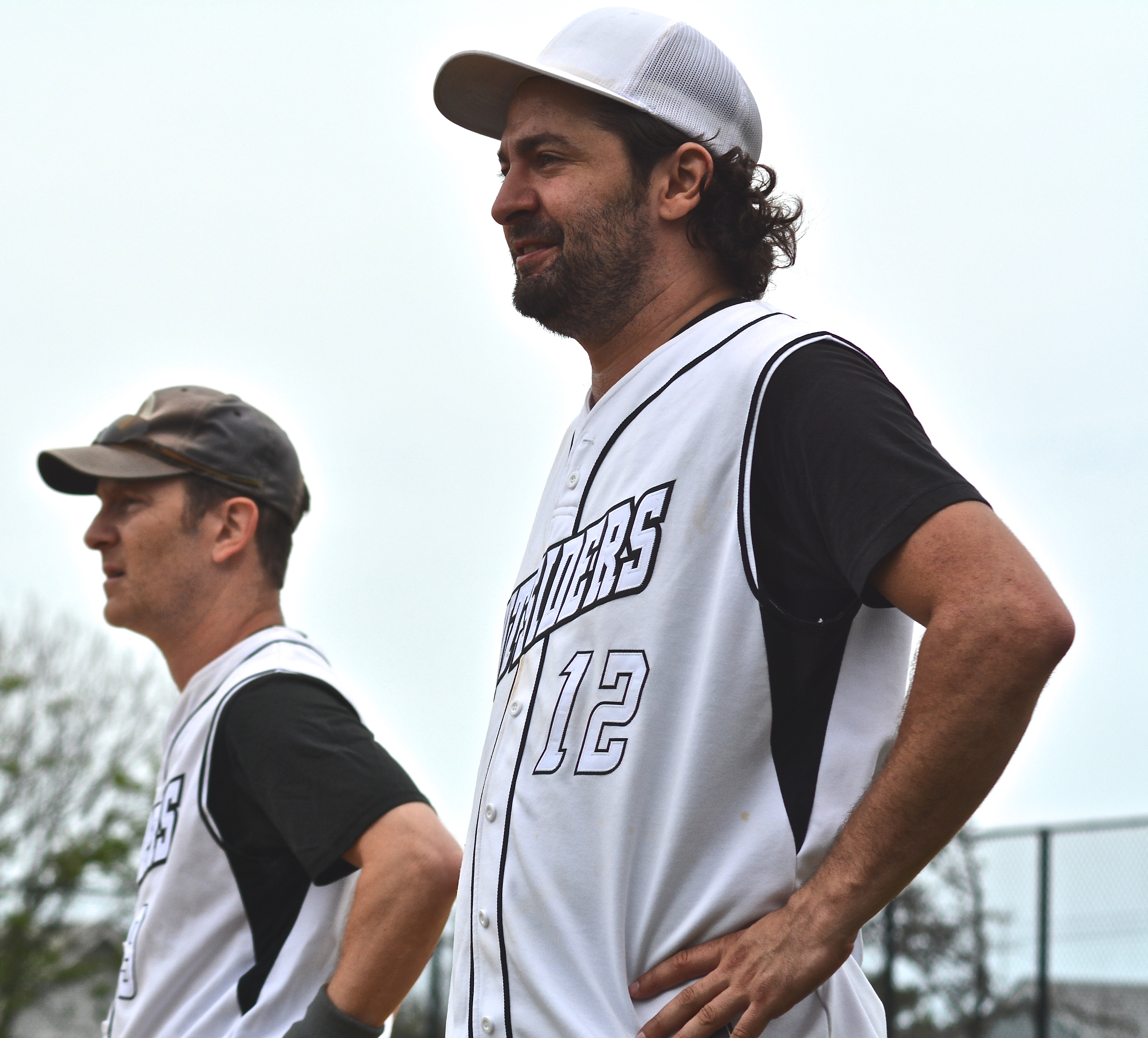 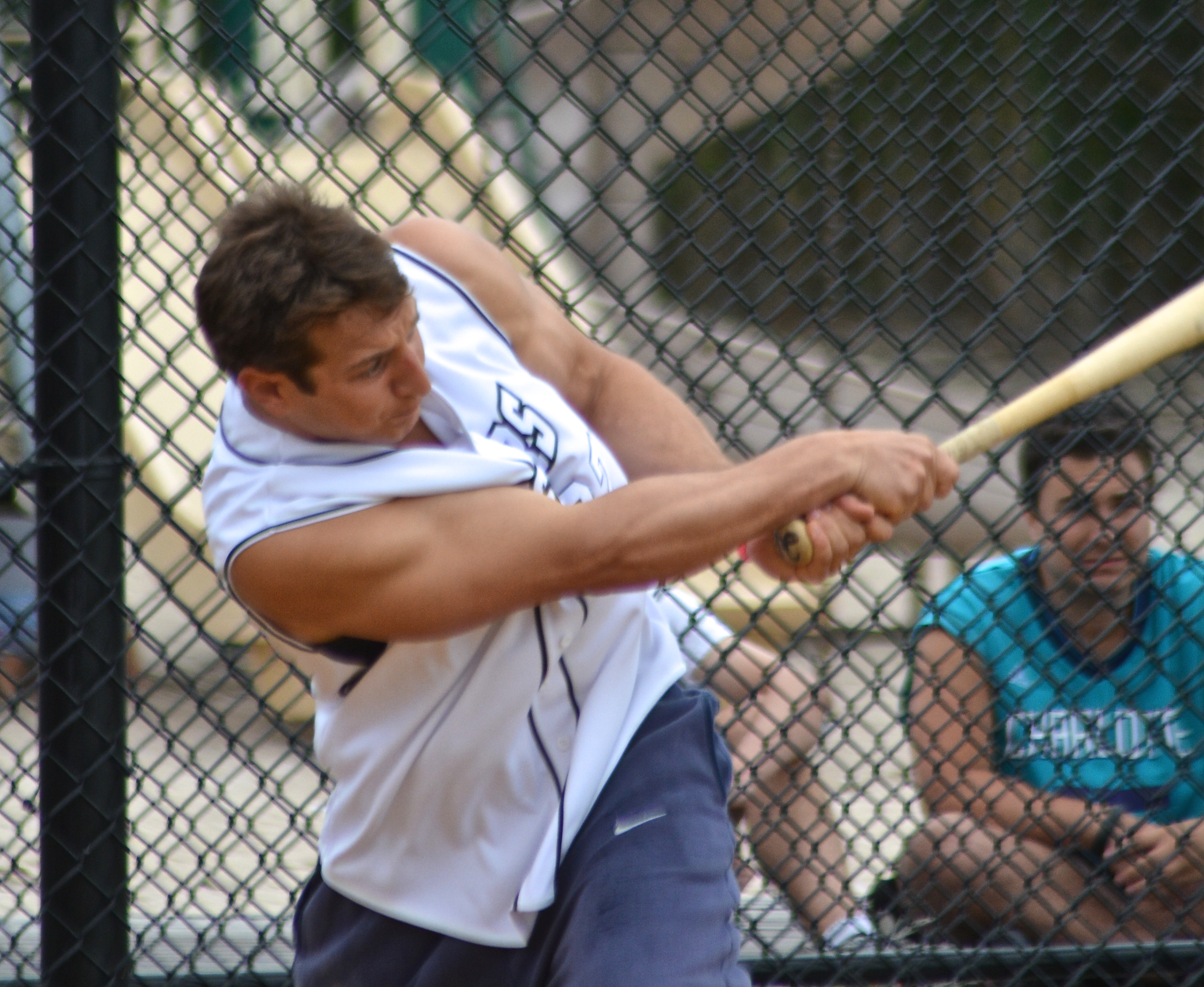