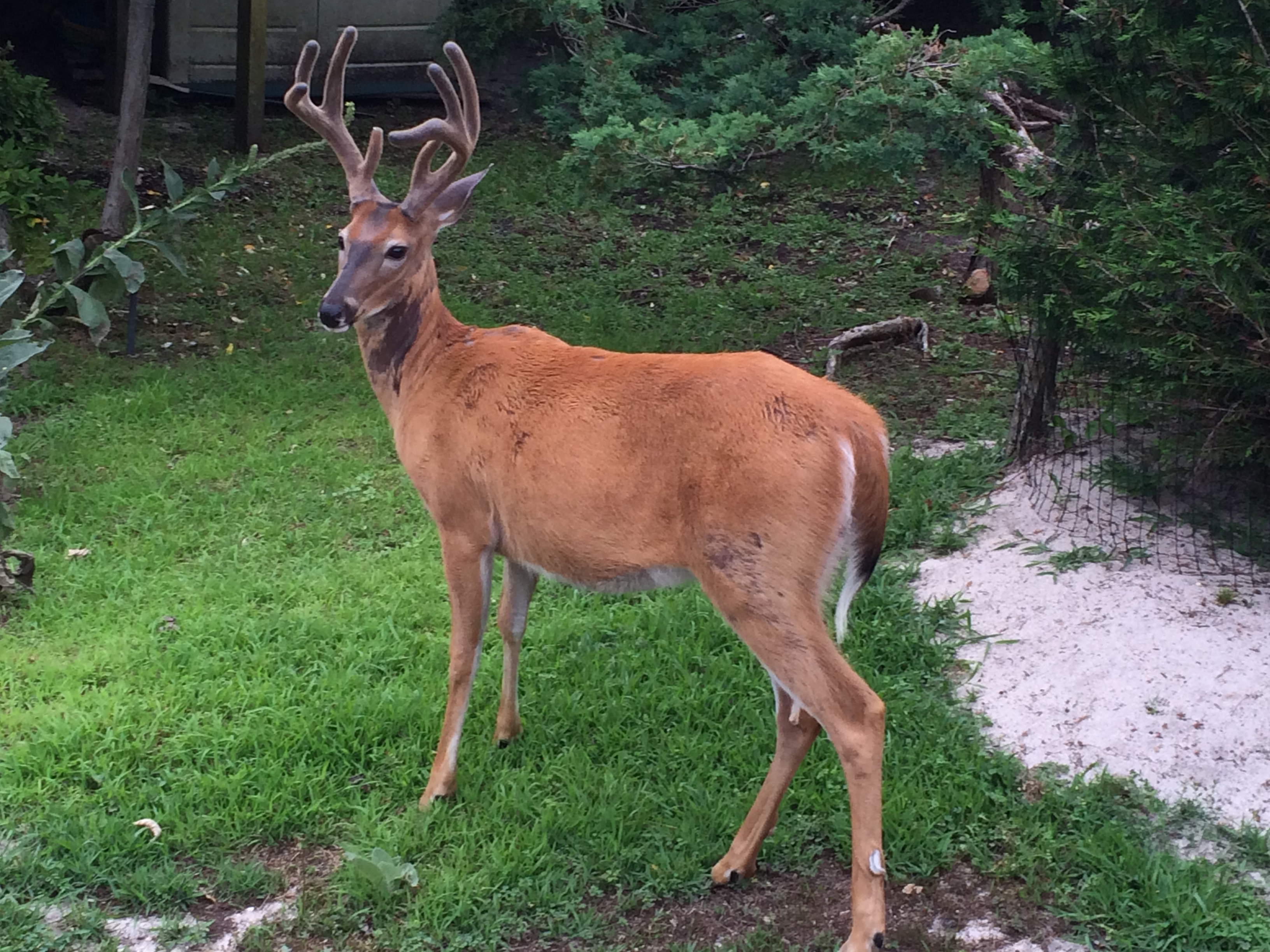 As you may know, FINS has published a DRAFT EIS for the proposed Deer Management plan for the Fire Island National Seashore.

In order to help keep every informed about the contents of the draft EIS, Please see the summary memo of the ‘take-home points” in two different formats prepared by : Suzy Goldhirsch.

The deer management issue is a very important one for all Fire Islanders, and as many residents as possible should review the Draft EIS and submit their comments, either on-line, by mail, or by attending one of the upcoming public hearings: ( Meeting flyer also attached):
Wednesday, August 20, from 6:00 pm-8:00 pm
Patchogue-Watch Hill Ferry Terminal
150 West Avenue Patchogue, New York 11772

**See the full text at http://parkplanning.nps.gov/document.cfm?documentID=60638.

Purpose of the Plan/EIS:
1. Develop a deer management strategy that supports protection, preservation, regeneration, and restoration of native vegetation and other natural and cultural resources at the Seashore and reduces undesirable human-deer interactions in the Fire Island communities.
2. Promote public understanding of the complex relationship between deer and Seashore resources, tick-borne diseases, people, and human infrastructure.
3. Address impacts associated with changes in white-tailed deer abundance, distribution, and behavior across the Seashore, e.g.
–    Heavy browsing by white-tailed deer has resulted in adverse impacts on native vegetation
–   Abundant food sources and shelter in the Fire Island communities have resulted in adverse interactions between deer and humans and the developed environment.
–   Adverse interactions also occur due to the habituation of deer to the unthreatening presence of humans and conditioning of deer, particularly to food sources, in the Fire Island communities and high-visitor use areas.

Alternative A (the ‘no-action’ alternative) would continue to implement current management actions, policies, and monitoring efforts related to deer and their impacts. Current actions within the Seashore include limited public education and interpretation efforts, vegetation monitoring, and deer population and behavior surveys.

Strategies Common to All ‘Action’ Alternatives:

All three ‘action’ alternatives below (B, C, and D) would include the following common strategies:
– Enhanced public education and outreach effort,  fencing of the maritime holly forest within the Sunken Forest, securing the boundary fence at the William Floyd Estate, small-scale fencing to protect special-status species, increased vegetation monitoring, enhanced deer population and behavior monitoring, and close coordination with the New York State Department of Environmental Conservation.

Additional actions specific to Alternatives B, C and D include the following:  Alternative B: additional deer browsing management actions would include:

– Fencing of the historic core at the William Floyd Estate and rotational fencing of selected forest areas at the William Floyd Estate lower acreage. The fencing would be implemented in conjunction with fertility control of white-tailed deer to gradually reduce and then maintain the deer population at an appropriate density to achieve the plan objectives. Deer observed approaching humans within the Fire Island communities would be relocated to the Fire Island Wilderness.

Alternative C (the environmentally preferable alternative), additional actions would include:

– Directly reduce and maintain the deer population at an appropriate deer density to allow for vegetation regeneration.  Deer population reduction and maintenance would be implemented through a combination of sharpshooting, capture and euthanasia of individual deer (where necessary), and public hunting (within the Fire Island Wilderness only). Deer observed approaching humans within the Fire Island communities would be captured and euthanized to reduce the risk of negative human-deer interactions and prevent other deer from learning this behavior through observation.

Alternative D (the NPS preferred alternative) would include a combination of actions from both alternatives B and C:

– The historic core at the William Floyd Estate would be fenced to exclude deer.  The deer population on Fire Island and at the William Floyd Estate lower acreage would be reduced to an appropriate deer density to achieve the plan objectives through a combination of sharpshooting, capture and euthanasia of individual deer (where appropriate), and public hunting (within the Fire Island Wilderness only).  Once reduced, the deer population could be maintained through fertility control or a continuation of actions used for direct reduction. Similar to alternative C, deer observed approaching humans within the Fire Island communities would be captured and euthanized.

Next steps:
1. After public review is completed, this plan/EIS will be revised in response to public comments.
2. A final version of this plan/EIS will then be released, and a 30-day no-action period will follow.
3. After the 30-day no-action period, the alternative or actions constituting the approved plan will be documented in a record of decision that will be signed by the Regional Director of the Northeast Region.