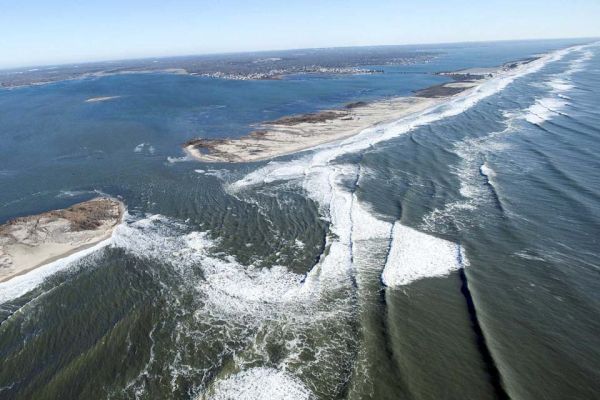 Fire Island had 200 homes washed away during superstorm Sandy, rising floodwaters from the Atlantic Ocean push past 15-foot dunes and a breach that has grown to more than 600 feet wide. The resort community has just 300 permanent residents, but on summer weekends, the population swells to 75,000. (Credit: Doug Kuntz)

Suffolk public works officials on Wednesday won a waiver to speed up the hiring of surveyors to do as much as $2.8 million in advance map work needed to acquire damaged homes and rebuild dunes across Fire Island in the aftermath of superstorm Sandy.

“We’re looking to expedite the surveys so we can get to the acquisitions,” said Gil Anderson, public works commissioner. Later in an interview,…